Howard Thurston (July 1869 – April 13, 1936) From his youth to his death, Thurston continued to achieve notoriety using his wit and innate ability to charm those around him. Over his lifetime, he crossed paths with some of the most noted performers in magic. 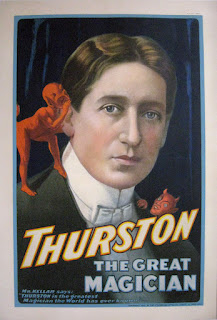 He joined forces with Harry Kellar, he nurtured a young performer named Harry August Jansen, and enlisted a worthy contender by the name of Raymond S. Sugden. He saw in both Jansen and Sugden a way to promote his name, but in doing it he lost, not only in fame, but it recognition. Both performers received praise and notoriety independently. At the end of his career, all Thurston achieved in his lifetime was lost by futile investments and owing taxes in both his own home state and the U.S. Government. 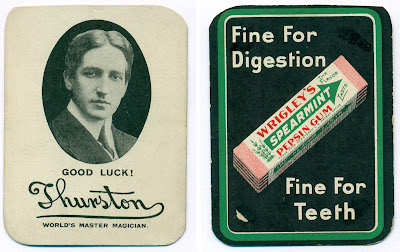 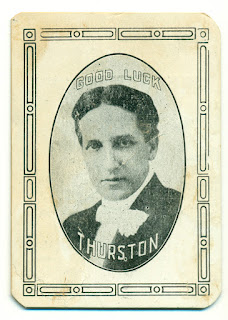 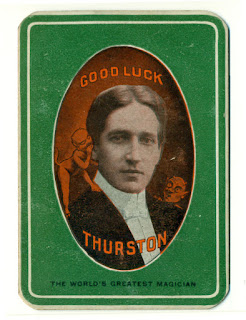 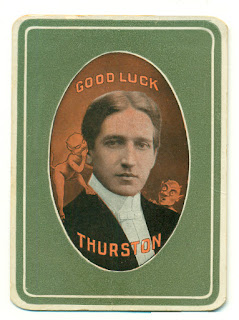 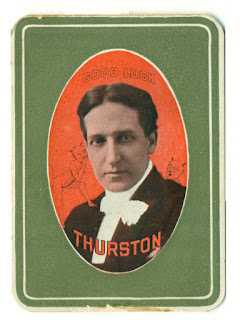 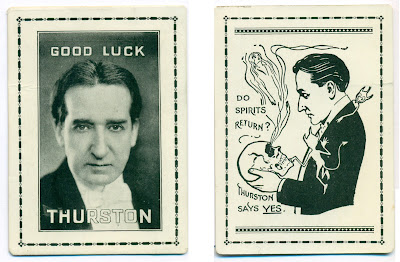 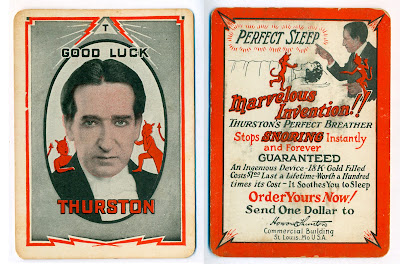 And here is another Thurston card advertising Miller Tires on the back. 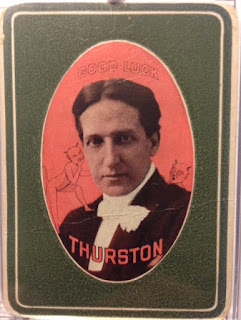 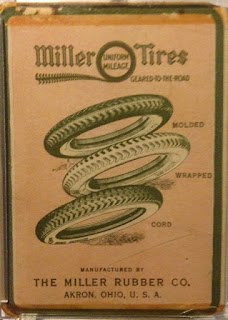 Subscribe by Email - If you are enjoying these posts – and we certainly hope you are – – you can get free email updates.  Just enter an email address into the subscription gadget located at the top right corner and bottom of our page.   Note: if you're looking at the mobile version of our page, you'll need to go to the web version to find the gadget.
Posted by Gary Frank at 10:29 AM