One of the things I enjoy about the study of magicians' playing cards is learning about obscure, even unknown, performers, whose career may be memorialized only by the existence of a card or perhaps a program or handbill.  Then, occasionally, I come across a piece like this one, which bears the image of a performer entirely unknown to me, but who was famous in his or her time. Such was the case for these odd pieces, which, I came to learn, were promotional cards for a performer named Rodolfo.  The cards come from full 52 card decks, available in both black and red, with a special joker featuring an image of Rodolfo.   While I own only a single card from one of these decks, I suspect that the backs are marked based on the elaborate back design.  Two other card designs, shown below, were shared with me by Magic Christian.


As I have noted elsewhere on this site, it is often the case that the amount of information on a magician's advertising piece is inversely related to the fame of the performer. Well, these card backs bears no information -- not even the performer's name. As I started to research Rodolfo, I came across a vast amount of information, both in magic periodicals and more general sources. And before I invested too much effort in distilling a post from these various sources, I found a most excellent summary of his life and career, written by none other than fellow co-contributor, Tom Ewing.
So, reprinted below is an article about Rodolfo written by Tom in a feature called "The Nielsen Gallery," written by Tom Ewing for M*U*M in April 2014: 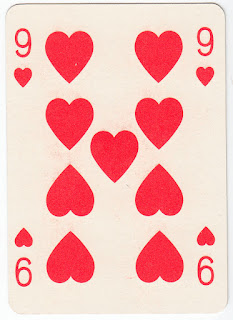 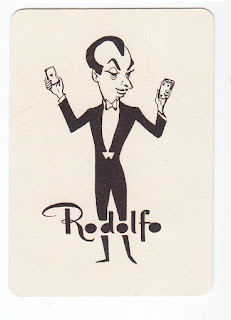 
Magicians everywhere have at some time faced uncertainty and fear when stepping through the curtain to perform magic. How much harder must it have been for Rodolfo, the subject of this month’s column? His was the Iron Curtain.

Rodolfo was the stage name taken by Rezso Gacs, who was born in Budapest, Hungary (home of Houdini), on May 16, 1911. According to brief biographies of him, he was born the son of a typesetter. There is no account of which magic trick lit the spark that ignited a lifetime career in magic, but it happened when he was thirteen and was reportedly performed by a Chinese bead vendor.

Rodolfo mastered that elementary trick and while performing it for his boyhood friends, he was observed by the Hungarian actor Arpad Odry, who also happened to be the president of the Hungarian Magicians Association. He took the young boy on as a pupil and trained him in the art of magic. 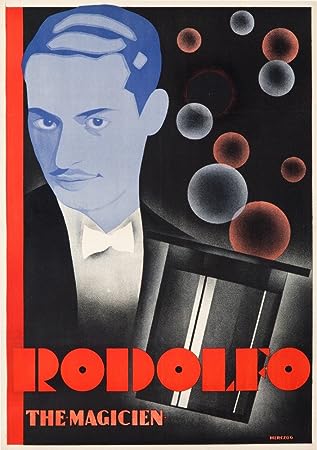 His magic career began in 1930 when he appeared at the Municipal Grand Circus in Budapest; reports of his talent spread. His performing proceeded without interruption until he was drafted for military service in 1940. Soviet Union forces drove the Nazis out of Hungary at the end of the war and occupied Eastern Europe. In 1956, a spontaneous, month-long nationwide revolt against the People’s Republic of Hungary and its Soviet- imposed policies broke out. After many clashes and deaths and the promised withdrawal of Soviet troops, the Politburo changed its mind and crushed the revolution. Hundreds were killed and many fled the country, but not Rodolfo, who continued to perform both within his country and across Europe. During World War II he performed for injured soldiers in army hospitals. After the war he worked as a teacher and professor in a school for the performing arts.

Behind the so-called “Iron Curtain,” performers were not allowed to individually book themselves. They had to do so through a government representative, who also gave them their dates and pay. Thus any act, whether in a circus or theater, was booked through, and payment made to, a communist government agency. The agency then parceled out to the acts an amount of money they felt was necessary for the performer’s needs. Such was the world in which Rodolfo operated.

Rodolfo never appeared in the United States, but if he had, the Hungarian government would have taxed him ten percent of his earnings. He did entertain audiences in
London, Lausanne, Paris, and Berlin. In 1957 he appeared in the Boxing Day Party on England’s BBC. Assisting him backstage was his most famous pupil and fellow Hungarian, George Kovari, who trained under Rodolfo. His opening effect was the Ribbon Fountain, in which hundreds of feet of colored ribbon cascade down on to the stage from a previously empty container.

According to Kovari, Rodolfo was a hard taskmaster when it came to learning magic. He insisted that Kovari copy his moves exactly saying, “If there was a better way of doing it, he, Rodolfo, would have found it himself!” Dr. John Henry Grossman, magic historian and long-time columnist for M-U-M, visited with Rodolfo in Hungary during a trip through Europe. He and his wife were feted at the Budapest Association of Hungary Magicians at the Actors Club. Later Rodolfo took the Grossmans to the Jewish Hall of Records, where one of the crumbling books contained the handwritten record of the birth of Erich Weiss in 1874. This was at a time when historians were still trying to disprove Houdini’s claim of being born in Appleton, Wisconsin.
Rodolfo performed mentalism, stage magic, and pickpocketing; he would go through the audience shaking hands and greeting people and then proceed back on stage with the watches, wallets, and jewelry of audience members.

Due to his extensive language abilities he was able to present his program in eight different languages, and so was very popular with audiences throughout Europe. He wrote several books on magic, produced and sold several magic sets for children, including ones featuring trick cards bearing his photo, appeared on various television programs, and in 1962 was elected president of the Hungarian union for performers/artistes. His obituary noted that in a country where magic is considered a second grade art, he achieved every award ever given to any entertainer. 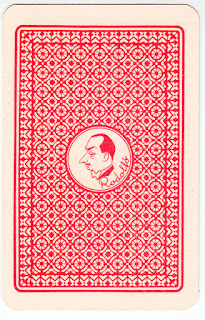 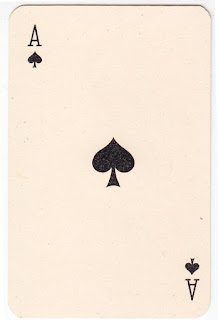 Even at the age of seventy Rodolfo still practiced four hours each day in front of a six-foot mirror, making sure his moves were flawless and invisible. He simply never stopped practicing. His creed was, “The artist who is satisfied with himself is not an artist anymore. He is dead.” Rodolfo died January 26, 1987, at seventy-five years of age.

How famous could he really be?  Well, it was not as though they put his image on a postage stamp . . .  oh, wait, there is this: 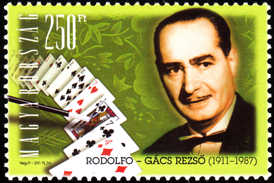