Ovette and the Art of Reinvention 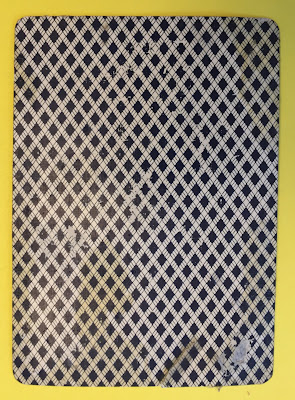 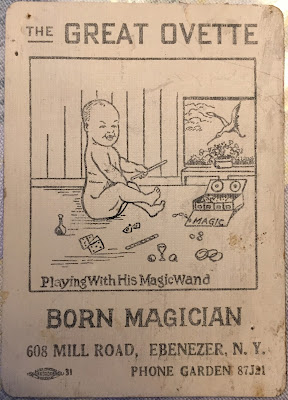 Joseph Ovette (1885-1946), an Italian immigrant from Naples, was first inspired by seeing a performance by Alexander Hermann, and purchased his first trick from Otto Maurer.  He began his career as a medicine show performer with the famed Kickapoo Medicine Show, eventually becoming a fixture of vaudeville.  Billed as "The Great Ovette" in his stage show, he also offered Asian-themed show under the name Lung Chang Yuen and performed mentalism as Mar-Jah.  Ovette wrote approximately 16 books on magic, several of which are seen below.

First showcased on our scrapbook damage page, Ovette's "Magic Wand" card remains one of the most inappropriate I've encountered. The cover of his book, Advanced Magic, seen below, demonstrates a similar sensibility. In 1927, Ovette was credited as the originator of the "Ovette Master Move," also known as the "Kelly Bottom Placement,"  a card sleight used to secretly place a chosen card on the bottom of the deck. 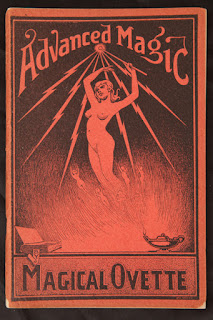 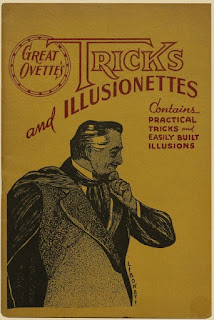 Some of Ovette's books were poorly-produced typescript jobs with awful diagrams.  And, at times, he was accused of failing to adequately credit original inventors.  But these issues should not necessarily dissuade practitioners from the contents.  After his death, the Conjurer's Magazine observed:

Joe Ovette not only invented hundreds of tricks and illusions but he performed his inventions as well, and successfully. Not all of Ovette's effects were original in their entirety. But he did have a keen sense for doping out new angles for old tricks and his imagination was limitless. Many of his best effects were "rebuilt" tricks which, because of the expert Ovette touch, turned out to be more effective and entertaining than the originals.


That was written by an author identifying himself as "Hokus Pokus Jr.," whose actually identity is a mystery to this writer, but who reported being a good friend of Ovette's.

A 1948 ad in Billboard shows the sad demise of his magic repertoire: